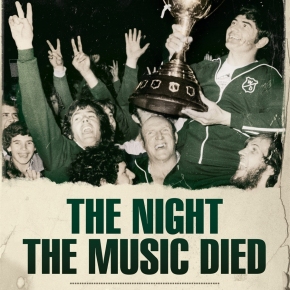 It’s 1974 and a flashy new rugby league competition is launched. The ‘Amco Cup’ would be played under lights, televised live on Wednesday nights with commentary by a young Ray Warren, the win would no doubt to go to one of the rich Sydney clubs. Against predictions, the trophy goes to a team from western NSW including … END_OF_DOCUMENT_TOKEN_TO_BE_REPLACED

There was an error retrieving images from Instagram. An attempt will be remade in a few minutes.

Join us on Goodreads

NOS4A2
by Joe Hill
Joe Hill's latest book, NOS4A2, is story-telling in its finest form. The premise of the story is easily found - I won't try and sum up 700+ pages in this review - but to say it was creative, intelligent and action-packed would be an un...

The Color of Magic
by Terry Pratchett
I’ve wanted to read Terry Pratchett since I saw a trailer for Hogfather. I was intrigued, but I had to read the book first, and then I had to start at the first book in the Discworld series. But first I had to find it. So reading The Col...

Into Thin Air
by Nigel Bird
George has been in Denmark for quite some time and has failed to make a mark that he had hoped to. One afternoon, he stops for a drink and meets a beautiful woman with a thing for apples... Nigel Bird is one of my favourite indie aut...

At the Meade Bed & Breakfast
by Robert Swartwood
This story is a mystery - a pair of ghost-hunters investigating a small bed & breakfast that is supposedly haunted by the ghost of Charles Buford, the Civil War's most notorious mass murderer. However, it falls pretty flat and the sugar-...

Share book reviews and ratings with A Reader's Heaven, and even join a book club on Goodreads.